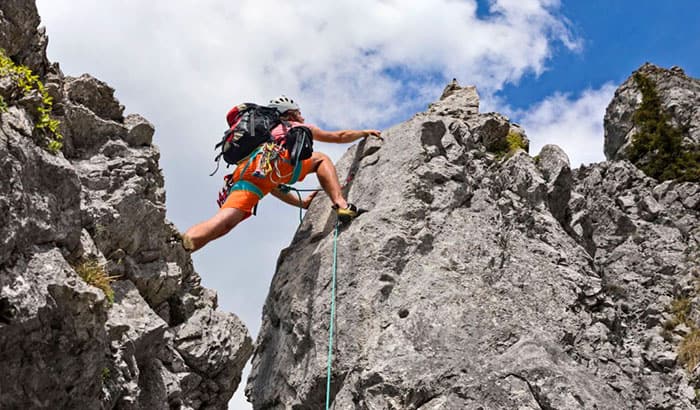 Mountain climbing is both a hobby and a sport where a hiker climbs a mountain. It involves a climber scaling a mountain and its totality. This outdoor activity started so many years ago to try to reach the highest peak of the mountain where no one has ever reached before.

As the years went by, mountain climbing was later divided into three different categories and specializations according to the areas of your climb: snow, rock, and ice. Climbing these different locations requires different types of equipment, ability, skill sets, and experience.

Mountain climbing is usually done in groups led by experienced mountain climbers. Any climbing activity can last from one single day to multiple days. A climber can reach a particular point on the mountain and come back in a single day or do it in multiple days, depending on many factors.

Today, rock climbing is being divided into grades used to measure the challenges of the routes. Today, there are many types of rock climbing, such as bouldering free climbing, indoor climbing, aid climbing, to name a few.

What is the Difference Between Mountain Climbing and Rock Climbing 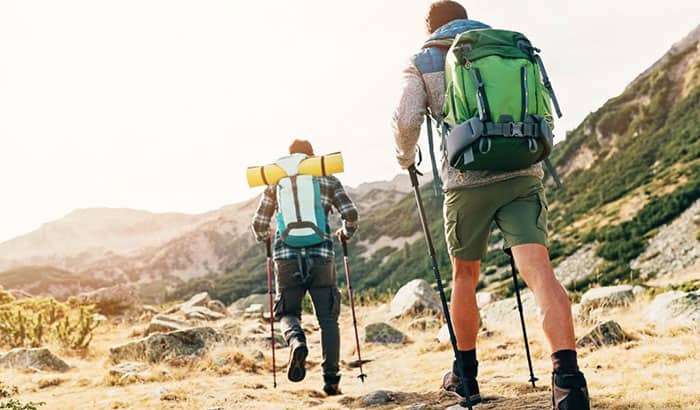 If you want to compare mountaineering vs rock climbing, there are certain factors that you need to know for you to be able to differentiate the two sports. Please see below.

A rock-climbing can happen as a part of a mountain climbing activity. When a mountain climber needs to scale a rock formation to him to reach the summit, then he has to use his rock climbing skills.

The challenges and difficulties of mountain climbing lie more on the mental aspect of the climber. Of course, you will need to be physically fit when doing the activity, but your mental toughness is needed to scale a particular mountain.

A climber will be pushed to the limit by all forms of challenges such as glaciers, rock falls, avalanches, and other potential hazards. If you do not have the mental toughness to overcome all of these challenges, you will definitely fail and go back to the starting point without even reaching the summit.

In rock climbing, it is all about overcoming the technical challenges that are being presented by a particular rock wall formation. You will need to have the physical strength and technical knowledge and be assisted by proper equipment to prevent someone from falling.
Rock climbing is all about physical movement and your ability to overcome the challenges being presented. However, it can also be lethal if you fall and you fail to use the right equipment to secure you during the climb.

Weight is always essential in doing mountain climbing which means all the unnecessary tools will be left behind. Most mountain climbers pack as little as possible for them to easily carry the tools and make them safer.

On the other hand, since rock climbers’ routes are easy to reach, it is normal for them to carry everything needed in the climbing activity. Most of the tools and equipment stays in the ground or the starting point along with your belayer.

Please check the table below on the list of essential equipment needed for rock climbing:

On the other hand, mountain climbing can only be done in the mountains. It is obvious that not everyone can do it and the limited number of locations in your area limits the access to doing this climbing activity.

It is easier to learn rock climbing compared to mountain climbing. All you have to do is go to the nearest climbing gym and spend a few dollars to start learning how to rock climb. The payment for a single day visit to a climbing gym is minimal and you can learn the basics of rock climbing instantly.

On the other hand, mountain climbing will require you to probably hire experts that can teach you. Naturally, they will cost more compared to going to a climbing gym. In addition, the equipment and tools needed will need you to spend a good amount of money.