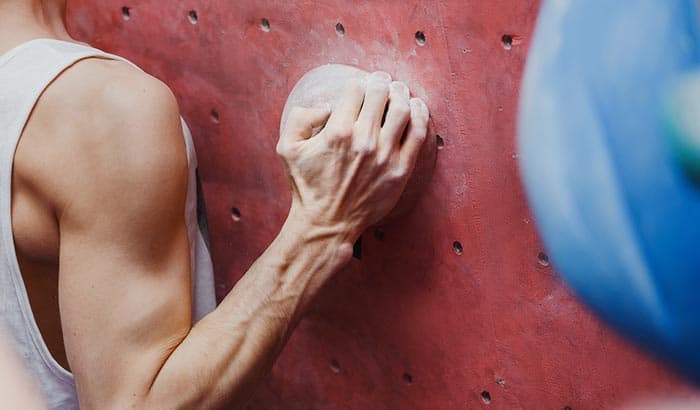 If you want an exercise or a workout that combines adventure and adrenaline, then rock climbing should be the best fit for you. Be it in an indoor rock climbing center or climbing on a natural rock surface, this activity will work out muscles we never knew existed. This exercise will make you sweat very quickly, even at a slower pace.

What Muscles Are Used in Rock Climbing?

Every rock climbing activity you do will build muscle in the different parts of the body. These muscles, once developed, will be used later on to improve performance and climb for more difficult challenges. As you gain rock climbing experience, you will notice muscle transformation in your forearms, arms, back, and core.

The arms will be fully used when doing rock climbing activities. In particular, the forearm flexors are the primary arm muscles that are being used for rock climbing. This part of the body is the muscle being used to open and close your hands in an object. They are the smallest muscle groups, meaning they can fatigue quickly, but as time goes by and the climber develops more climbing techniques, the fatigue will just start to fade.

For the more experienced climbers, the huge muscles on the body will push themselves to the wall. This action is different from the beginners which rely primarily on their arms. Climbers will also depend on the biceps in hanging the wall, especially those overhanging and steep directions.

There are other muscles located in your back that work when you are doing rock climbing. The lats situated at the side of your back are used in pulling the body upwards toward the next handhold. The anterior deltoid, which is located in the shoulder, will be used to pull the upper arm back to reach your next destination. Finally, the rhomboids will be used to hold the torso close to the rock surface.

These muscles will be used fully when navigating on a steep rock surface. During this time, the core must contract in keeping the pelvis inline within the chest part while the climber is hanging almost upside down. Utilizing your core when engaging in overhanging routes will help reduce the load on the back, biceps, and forearms. The result will let you climb a little bit longer to reduce fatigue in the upper body.

Once inexperienced rock climbers gain experienced and learn additional skills and better techniques, they will rely less on the upper body to lift them upwards. These climbers will learn how to use the lower body to help them push upwards fully. The quadriceps, which are the four large muscles in front of the thigh, can be used to straighten the lower leg from being in a bent position when stepping from one foothold to another.

Meanwhile, the calf is composed of gastrocnemius and soleus, two muscles that are used to raise the heel. These muscles are essential when standing on your toes in reaching a particular hold above your head. It will also prevent the heel from dropping when you are sitting on the thin ledge with only the tips of your toes supporting you.

Is Rock Climbing an Efficient way to Build Muscle? 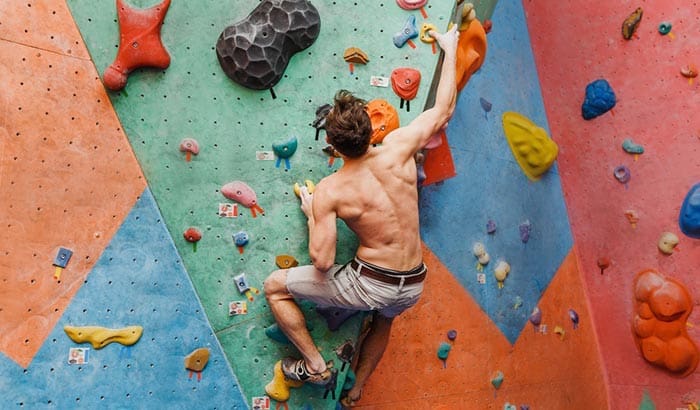 If you start from the beginning, this particular sport will build some muscle in your body. However, rock climbing will favor more on the upper body muscle compared to other sports. You can get pretty strong on rock climbing, but the result will be more if you support your climbing with supplemental training. If you only climbed without accompanying other training, then the obvious result will be an overdeveloped back.

Does rock climbing build muscle? Yes, it is, but it is not the same way as bodybuilding does. However, constantly doing rock climbing activities will fully use all muscles in your body, which we discussed earlier. The result will be a developed back and strength gain which is also good for your body. If you are into rock climbing, take it seriously, wear the right outfit, and do not stop until you improve your skills and climbing technique.