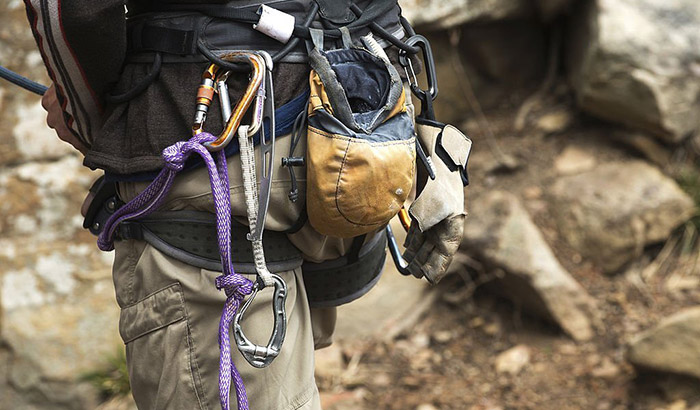 A carabiner is essential in keeping a climber safe in every climbing session. It can connect various climbing equipment pieces and perform various tasks, including attaching a climber to a rope, a belay anchor, and a rope for rappelling. However, please note that different types of carabiners come with specific purposes. 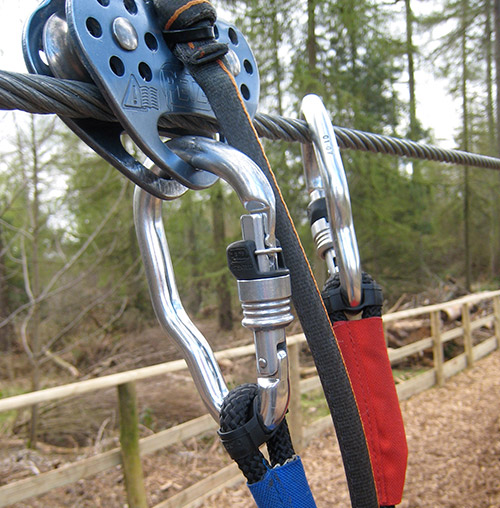 As a general classification, you can group different types of carabiners according to the type of locking systems: locking and non-locking carabiners. A locking carabiner comes with a locking mechanism that will let a user unlock the carabiner before it can be opened.

Carabiner Types According to Shape 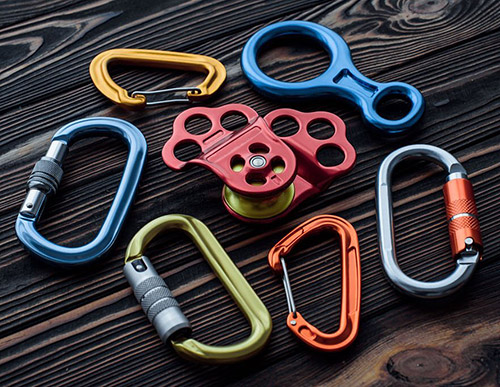 There are different types of carabiners according to their shape. The classifications include asymmetric D, pearl, and D shape carabiners. Please read below for more information:

The D-shaped carabiners are perfect for different types of climbing. It has the ability to hold loads off the center into the stronger or non-gated side. So, this situation means that a smaller or even lighter D-carabiner has basically the same strength as the oval. The upside of this carabiner is it’s stronger and comes with a larger gate, but it’s costly.

Also known as offset D or modified carabiners, asymmetric d-shaped carabiners are considered the most popular designs in all carabiners. This carabiner works similarly to the D-shaped one but is smaller on one end to minimize the weight.

The oval carabiners have the original design in all of the carabiners. It’s versatile, affordable, and has smoothness with similar top or bottom curves that limit load shifting. This type of carabiner also offers more capacity to hold gears and can be used for carabiner brake rappels.

Carabiner Types According to Gate 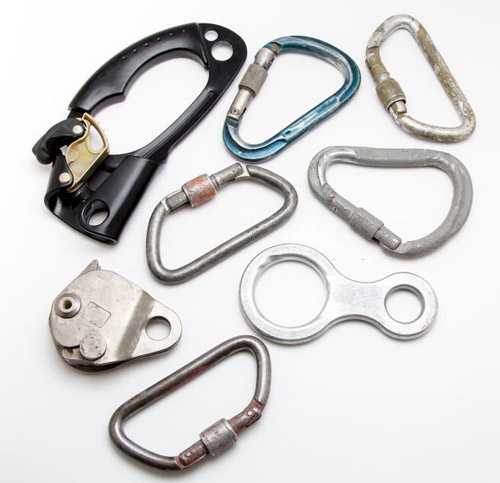 Carabiners can also be classified according to the gate type they use. They are straight gate, bent, wire gates, and locking gate carabiners.

Straight gate carabiners are the most widely used as they can do different purposes. Carabiners with straight gates are usually found on quickdraws and used on cams, stoppers, and other racking gear.

Straight gate carabiners are known for their durability, strength, and easy-usage features. In this carabiner type, you will see that the design is straight from the pivot point to the end. Straight carabiners can be spring-loading that can be easily pushed to open and can also be keylock carabiners.

In this type of carabiner, the gate uses a loop of stainless steel wire which is designed to allow larger gate openings. This type of gate has a lesser tendency to freeze up compared to their gates when used in wet or cold weather.

This carabiner can decrease the overall weight and eliminate the need to use additional parts like the other normal gates. Wiregate carabiners are known to be lighter in weight compared to the others. 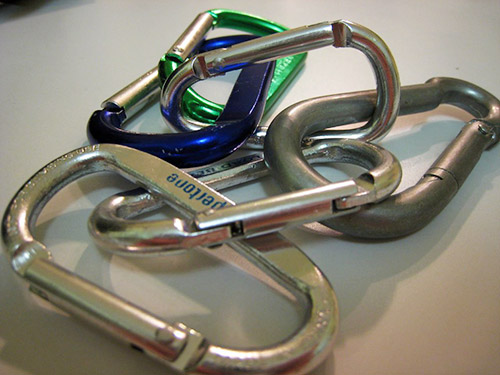 Carabiners with bent gates come with concave shapes that let the climber clip the rope quickly and easily. Bent gate carabiners come with asymmetric shapes and can be used for the rope-end of quickdraws.

Carabiners with locking gates are those carabiners that can be locked when in the closed position. This carabiner offers extra protection from accidental openings, which is good for the climber’s safety.

When it comes to the different types of climbing carabiners, they can be grouped according to their shape, gate opening, and locking features. Each of these locking carabiners can be used for a different purpose, but all of them can make the climbers safe during the climbing session.