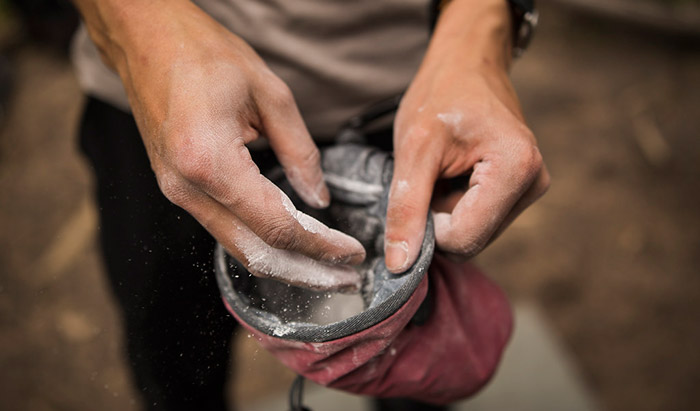 There is no doubt that chalk is essential to any climbing activity. Together with the chalk bag, a climber’s grip will improve using the chalk. Also known as magnesium carbonate, you need to carry a good amount of chalk when doing any of your climbing activities.

But how much chalk to put in chalk bag? When filling a chalk bag, you need to put just enough to get you through during your climbing activity. Putting too much will make the chalk bag heavy and might spill everywhere. Read below to find out more.

The Right Amount of Chalk in the Chalk Bag 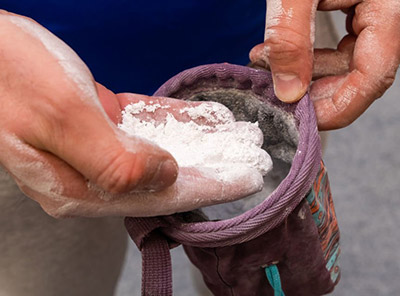 If you want to know how to fill a climbing chalk bag, the first thing you need to understand is the right amount of chalk that is ideal for putting inside. As a climber, you must put just enough to have chalk throughout the climbing activity.

The right amount will depend on how big or small the chalk bag you use. Another good point to remember is to put enough chalk so that your hands can easily fit inside the chalk bag.

Always remember that putting too much chalk will make your chalk heavier, which can affect your performance. It will also have a greater chance for the chalk to spill over, making you waste a good amount of chalk.

Always remember that the right amount of chalk is the amount that will not weigh you down during the climbing session. On top of that, the chalk should not spill when you are grabbing it inside the chalk bag.

Not Too Little and Not Too Much

There is a point when I say you must put just enough chalk on the chalk bag during the climbing session. When you put in too little, you will try to squeeze the chalk out of the pebbles and twigs. It will be so inconvenient from your end.

On the other hand, putting too much chalk inside the chalk bag will make it difficult for you to fit your hand during the actual climb. More will also have the tendency for the chalk to spill, which will be a waste and unsuitable for the money.

You also remember that a full chalk bag is heavier, which is not advised when you are climbing as it can weigh you down during the session. You only need a little during the climbing session, just enough to last for the whole duration of the climb. All you have to do is refill the bag when you feel empty. 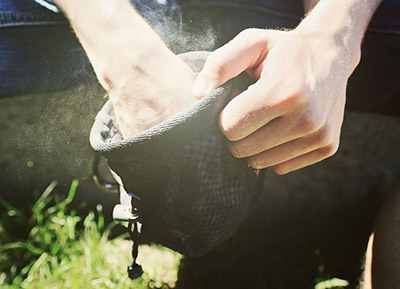 When filling large chalk bags or even chalk buckets, you do not need to fill them up to the top. As mentioned earlier, you only need the right amount to last throughout the climbing activity.

You can always estimate how much chalk you need by considering the number of attempts you will make during the whole session. The goal is to have enough chalk throughout the entire session.

The advantage of filling large chalk bags is that you can quickly grab the chalk without wasting it. You can spread the chalk from your palm to your fingertips and let the excel chalk pour back quickly. 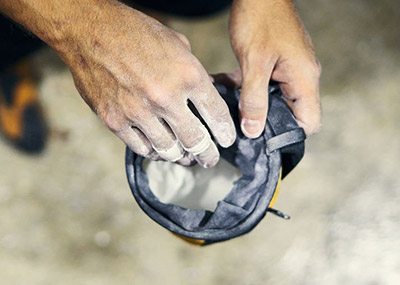 Just like the large chalk bag, you can put one or two fingers inside to get some chalk on the fingers. You can pull them out together or rub the two fingers together in the middle of the climbing session.