Whether done outdoor or indoor, rock climbing can be a fun sport, but many people are afraid of taking up the sport because of the risk involved. But how dangerous is rock climbing? Is it as dangerous as it seems? The answers to these questions and other information will be discussed in this article. Please read below.

Rock Climbing Can Be Dangerous

Every sport that deals with gravity and its objective comes with the danger and the risk of being injured if not died. Let us face it; it is just part of a sport where the challenge and difficulty combine physical, mental, and adventure. All of these factors involve risking being injured or death resulting from accidents.

More importantly, rock climbing may be dangerous to anyone who does it because of the following reasons listed below:

I would say that rock climbing and all forms of climbing may be dangerous if the climber itself makes it dangerous. The complacency, inattention to details, errors of judgment, and even if you are simply in the wrong situation can make this sport fatal. I know some people who have died with the sport while others are getting some severe injuries. But it is what it is because there are no safe climbs, only safe climbers.

With that said, it is a dangerous sport because you might fall by accident and have a permanent disability. Or worse, going six feet below the ground. But in essence, it requires a lot of knowledge regarding safety and risk mitigation techniques. This sport also requires discipline, vigilance, and the ability to recognize the threats that this sport presents to you. If you can, you are theoretically safe!

How is Rock Climbing Not Dangerous? 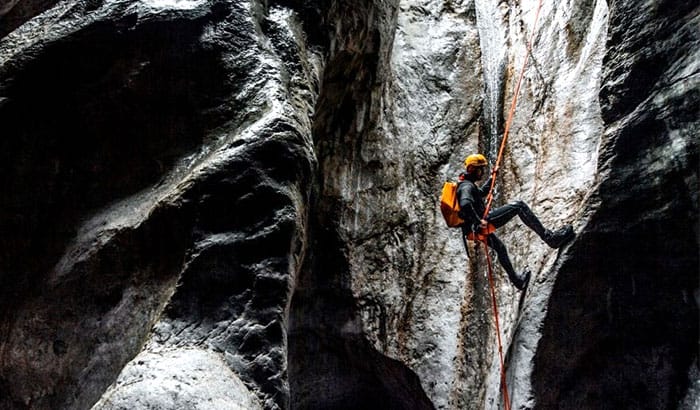 Anyone who is not familiar with the sport, its procedures, and the safety equipment being used will think that this sport is for people with suicidal tendencies and those who want to end their lives sooner than later. But it is actually not. The fact that there are still many people doing it means that it is still appealing to many despite the dangers that it presents.

The risk involved in doing rock climbing can be mitigated in a number of ways that the non-practitioner cannot see. In my experience, when you are doing rock climbing or any other forms of climbing for that matter, there is self-awareness involved when doing the sport. The risk that this sport presents will make those aspiring climbers research and prepare themselves for the dangers that lie ahead before actually doing the actual climb.

Some people are hurt even when hiking on relatively easy challenges and easy ground. On the contrary, some people doing a more challenging climb were safe and were relatively unscathed. Meaning, if you fail to mitigate the dangers presented in your route, there is a chance that something will happen to you.

I am not sure if it is true or not, but rock climbing or climbing for that matter is generally safe compared to running. I do not have the actual statistics, but there are a lot of injuries that happen on the joints when you run compared to when you are climbing. If you are very careful and climb with safe, reliable, and more experienced climbers, then you will be safer.

If you are rock climbing indoors, I do not think the gym will allow you to climb if you do not take training or certification classes. This action is one of the safety procedures being done by most of the gym. Plus, people working in the gym will guide you if you are still new or an inexperienced climber.

In doing rock climbing indoors, you have to keep in mind that this rock climbing gym does not want any injuries from happening. They do not deal with any legal issues that revolve around its failure to make their clients safe inside their gym. So, inside a gym, expect everything to make any climbers generally safe when doing the climb.

In my years of doing rock climbing and some other types of climbing, I can say that the climbers’ safety precautions can mitigate the risk involved. If you are always self-aware of all the safety procedures put in place, you will be perfectly fine.

There are also a lot of safety points and warnings put in place to make you generally safer. All of these risks should be controlled by you and not the other way around. It is similar to dealing with life where there is always constant risk and dangers. But if you are very careful and always practice the safety protocols and procedures, you will always be safe.

How dangerous is rock climbing will depend on the climber itself and the ability to mitigate all the risks involved in doing the sport. Yes, the sport is pretty dangerous, but several safety and mitigating procedures and techniques are being used to make the sport generally safe for everyone.